We are getting so close to Mini-Fair! This morning we sang the Done Song, Jeep Song, Titanic, and Ultimate Jibberish! Finally, we reached the ultimate stage of jibberish. We reminded the Homesteaders that Appraisals are coming up on Monday morning. The appraisal is the quickest way to make a lot of money quickly. Everyone rates each others homes and through lots of math and number-workin' they end up with an estimated value. That value is then awarded to the Peep for use in the AUCTION. 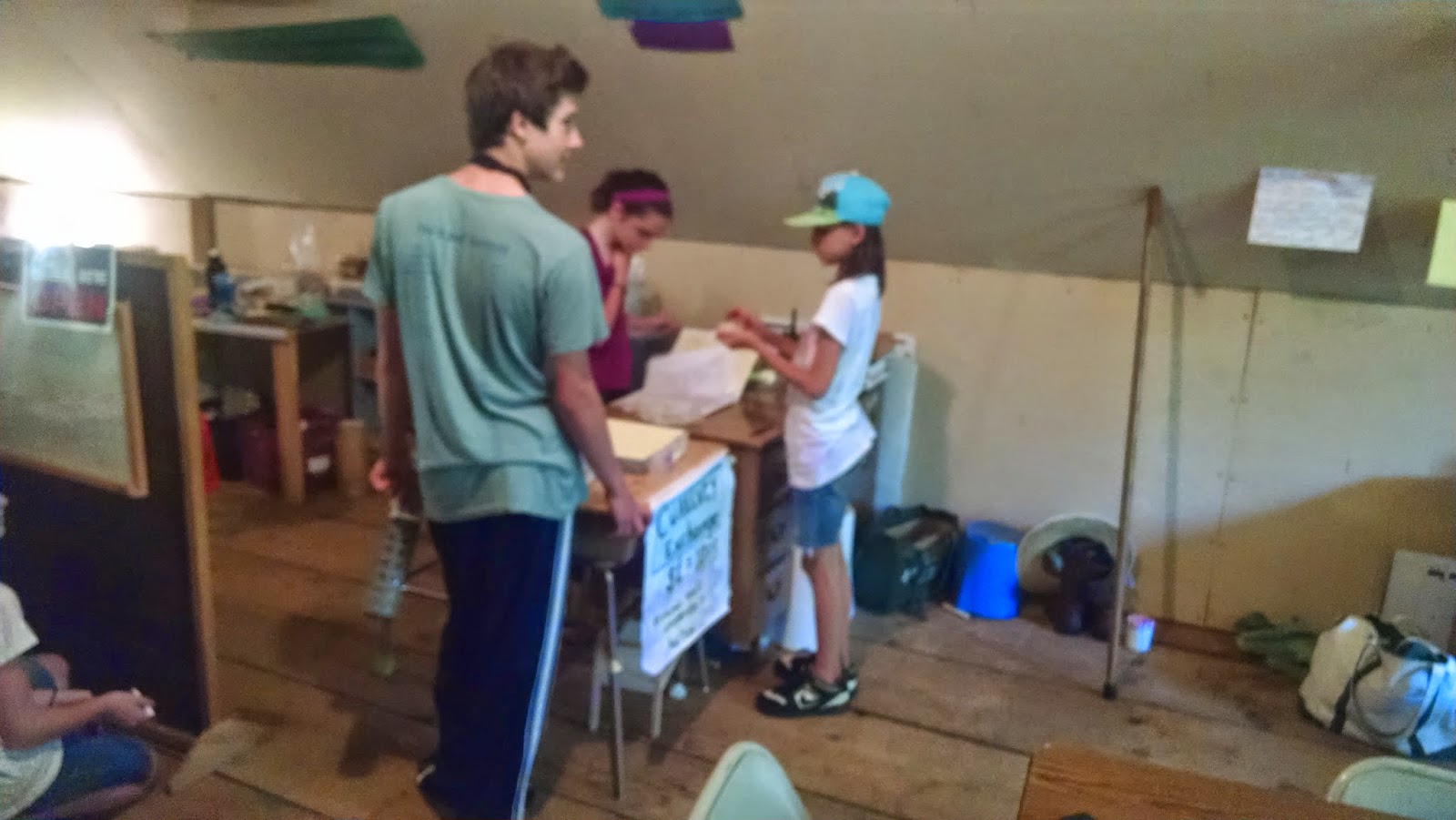 We had snack out in the field, and once again decided that this was a CTF kind of day. The pond definitely missed all 24 of us, but there were flags to be captured. We also played a few rounds of Sharks and Minnows, which made us sufficiently energy-deprived. So we stuffed our faces with more food at lunch time. 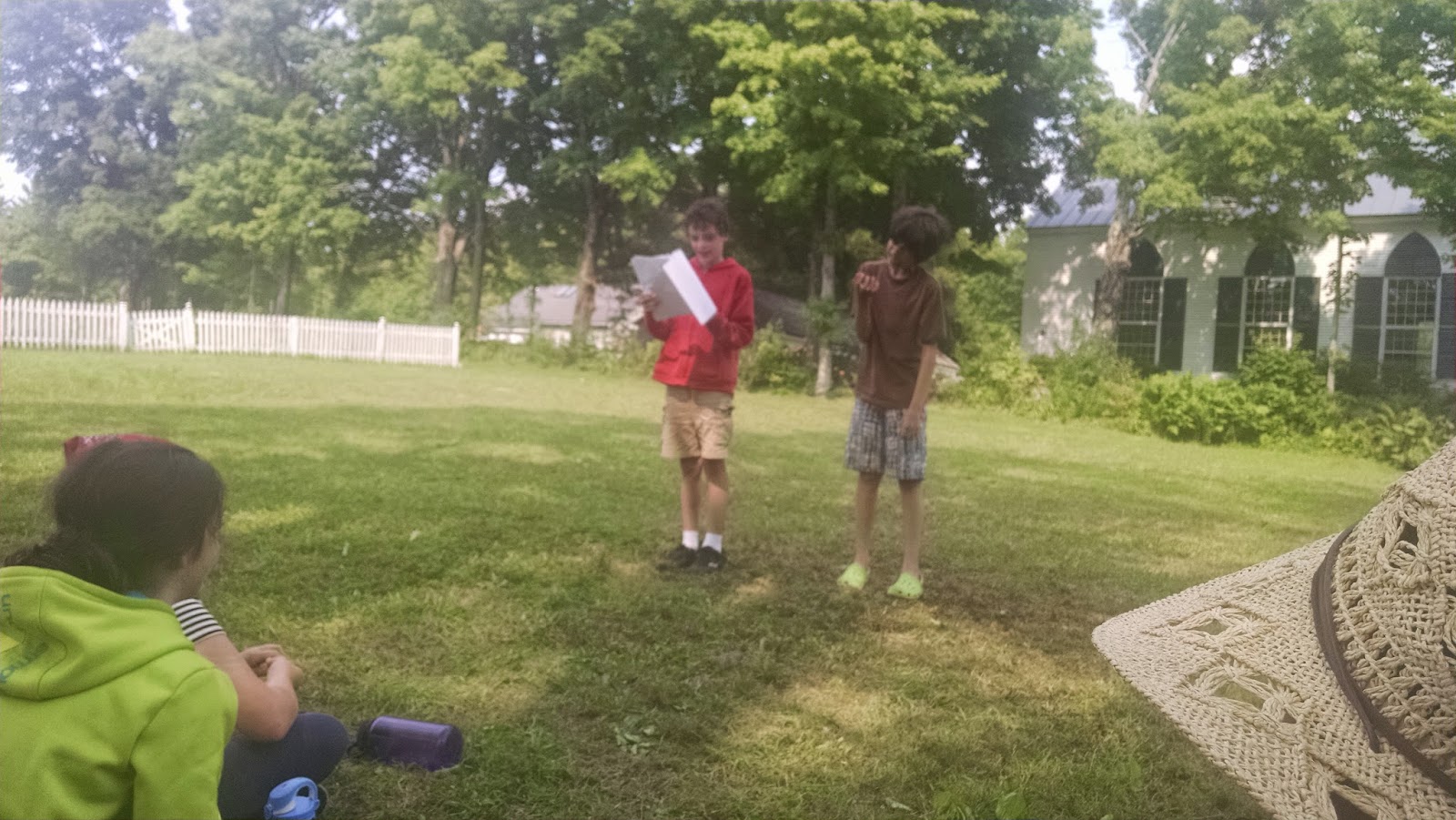 Campfire Show: We had an amazing show today! Acts included Slideshow by Lily, Paisley, Elizabeth, Victoria, and Gretchen, where they raced jet skis down a very clean sewer until becoming zombies. If you blinked you would have missed the Mind Battle with Cedric, Victoria, Will G, and Jack. Next, the "Commissioners" sang a pirate song and did AMAZING. We had a gripping and hilarious story written and performed by Sam and Jared. Finally, Gabe played us out with some saxophone.