The deluge was so immense, that it was used as a murder weapon in our early morning game of murderer. Tragic. Lucky, the guilty party was brought to justice (just a few innocents lost along the way) and we were ready for planning and sining.

The planning looked a little soppy but the singing was far less than sloppy. We are getting pretty good at our favorites (if I do say so myself). There was the Jeep song, the coffee song, good old fashioned Eddie, and the new Pirate song introduced last week at campfire. 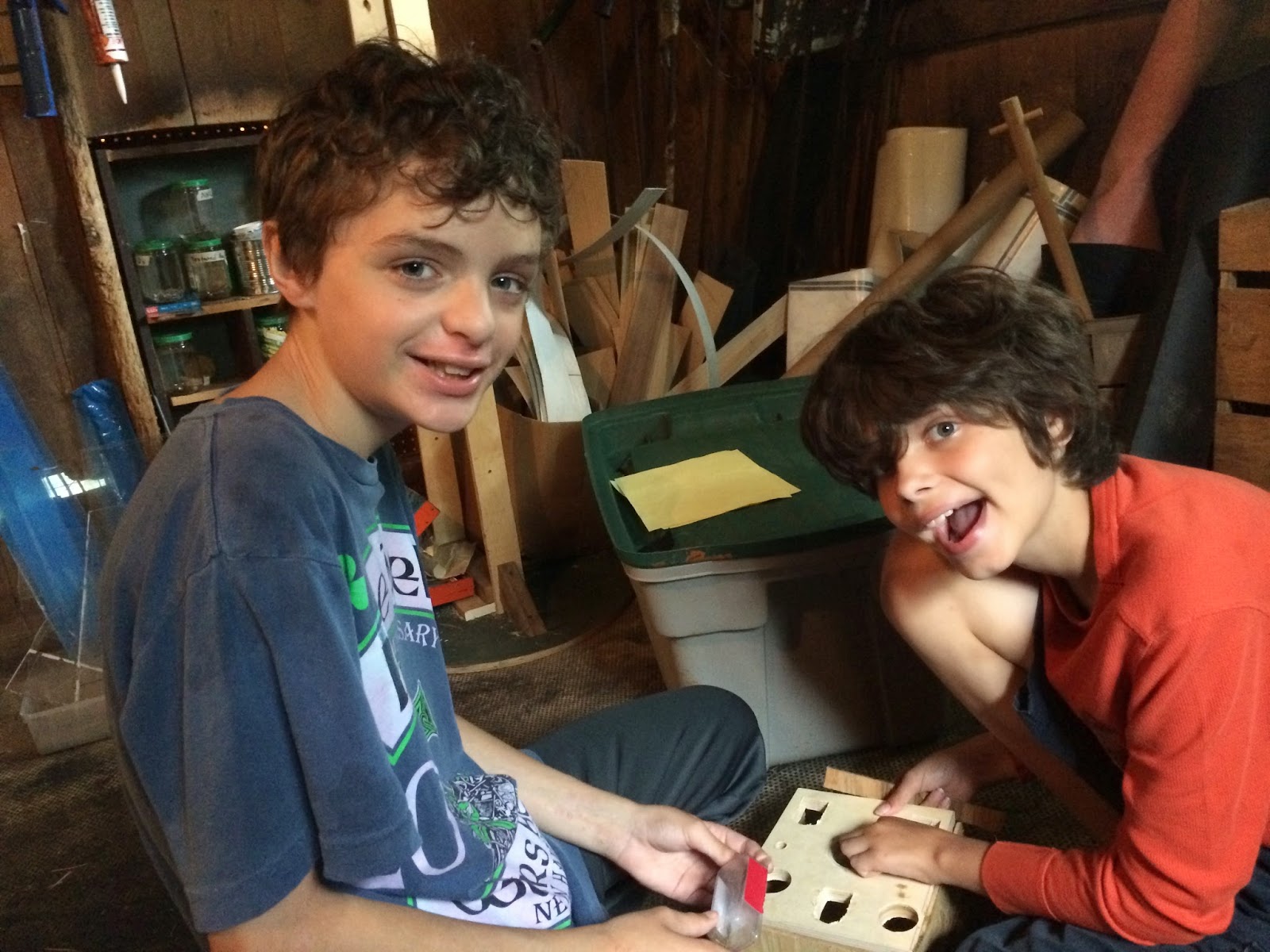 The rain kept us indoors for most of the first work block, if fact, it kept our peeps indoors too. The residents of Little Leaf battened down the hatches and we homesteaders carried on with their blessing. Which was ok, since there is so much to do for mini fair. I mean, those super hero capes aren't going to make themselves! We need attractions, and signs, and money, OH MY!

The rain did keep us from doing our house appraisals as planned. Instead, they will happen tomorrow, and for many peeps, the money they earn from there house will be used to pay off their federal loan of 50,000 Leaf Lets. We had another tax day, so at least thats over with. Good to know there are some things you can count on! 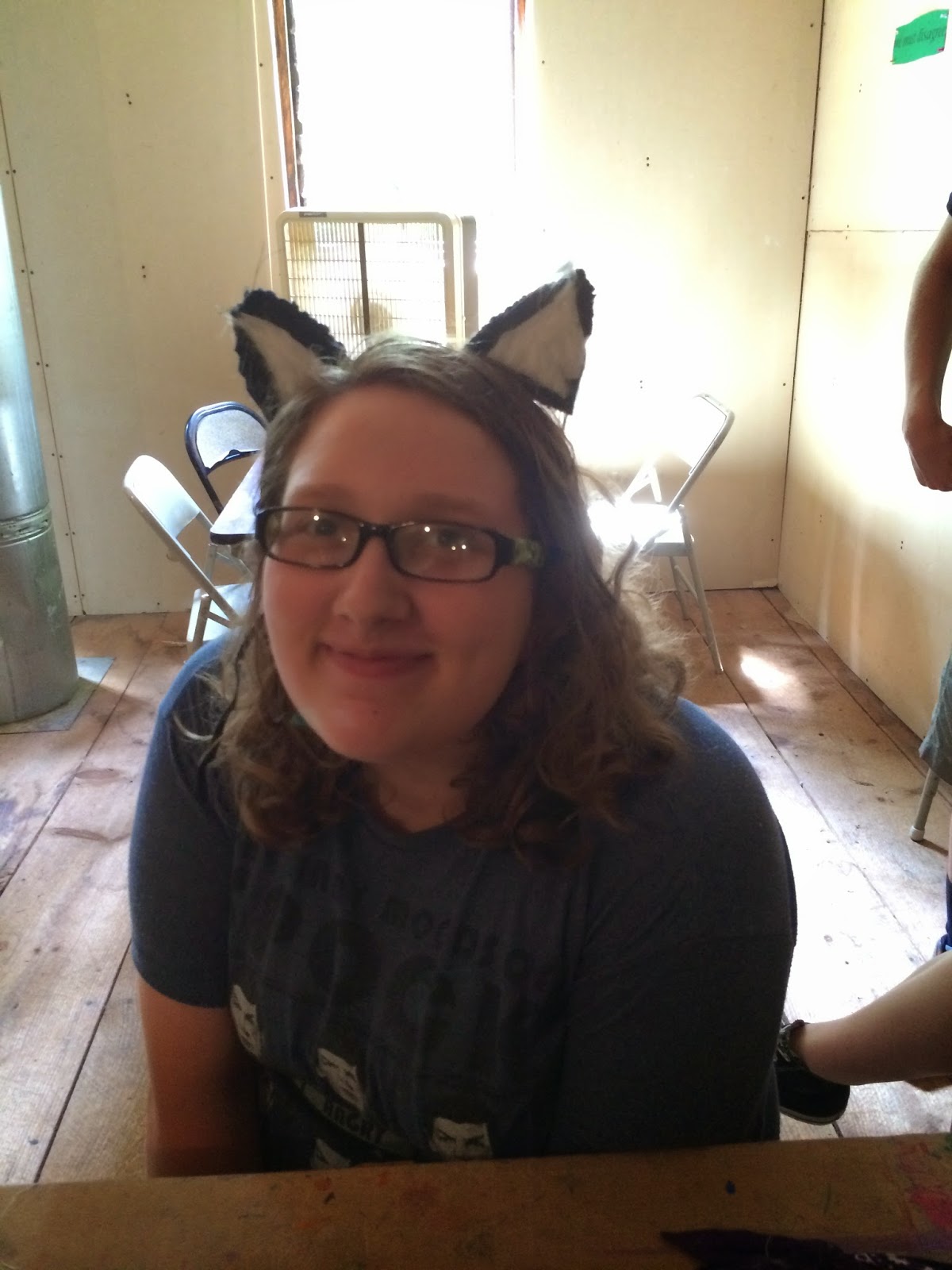 After we washed and snacked, we played salad bowl aka. hat game aka. celebrity. This game highlighted our acting talents, and it was great because even though some of us were reluctant to get started, we ALL played, which is always the most fun.

After lunch it was back to work! The sky took turns showing off some blue and blowing in rain. Couldn't seem to make up its mind, but FINALLY, after an afternoon of hard work, we got enough sunshine to go outside for some afternoon games. Yay CTF!